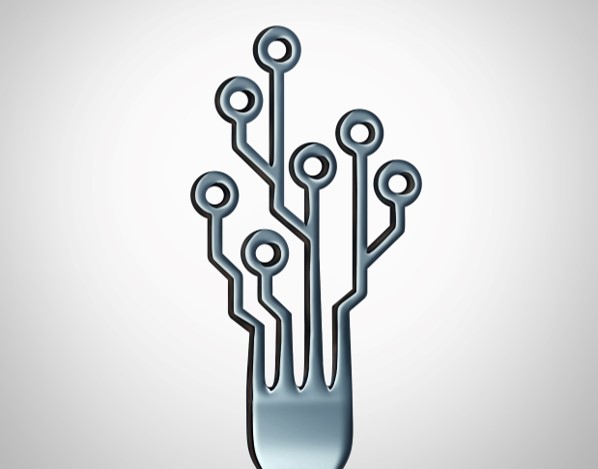 The Who, What & Why of the API

If there’s anything that this “new normal” has taught us, it’s the importance of connections. Physical or virtual, tangible or intangible, it’s their absence that serves to illustrate just how important they are.

One type of connection that has become vital--although not necessarily front of mind for most of us--is the technological connective tissue that powers your ability to order takeout, get directions to a restaurant, and pay for your food: APIs, or Application Program Interfaces.

If you're a restaurateur, the role APIs play when it comes to taking orders, making food, and delighting guests has only continued to increase with digital transformation needs. To demonstrate their importance, we'll take a look at:


The Significance & Rise of APIs

If you’re not familiar with APIs, let’s start with a simple definition: they’re essentially a software-to-software interface that lets two different applications exchange data and communicate with each other, much like subway trains connecting two different routes. Though they’ve been around since the beginning of computing, the web-based APIs that we commonly use today came to be in the late 90s and early 2000s. 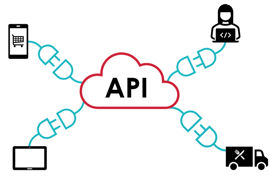 It was during the early days of the internet that service-oriented architectures were heavily used (and favored) for network development, which led to creation of the Simple Object Access Protocol (SOAP). SOAP is essentially the set of rules that govern the communication and transmission of data between different entities, and was the de facto protocol used when APIs started to become commonly used.

Since then, Representational State Transfer ("REST APIs") have become more prevalent and useful for web- or network-enabled services and applications, due to several advantages over SOAP APIs; namely: simplicity, optimization for the web, and high levels of performance and scalability.

Coupled with the Internet's meteoric rise in the 90s, the usage of APIs proliferated due to:

>> APIs are vital to pretty much every industry, but they’ve become especially important within the restaurant space, due to the inherent complexity of restaurant technology ecosystems, and the increased number of different clients, endpoints, channels, and applications.

Direct integrations require much more development effort and time, which has led to APIs becoming the preferred method to facilitate interchange between applications.

APIs can almost be regarded as the express train of the development world, as they simplify and shorten connections between programs, applications, and clients.

Restaurants are increasingly reliant upon technology to ensure relevance. But as recent market forces have illustrated, not all tech stacks are up to the challenge of keeping pace with fast-evolving guest demands and the need for digital transformation. Too often, legacy point-of-sale systems act as barriers to growth and agility, rather than enabling responsiveness and the ability to quickly enact change. 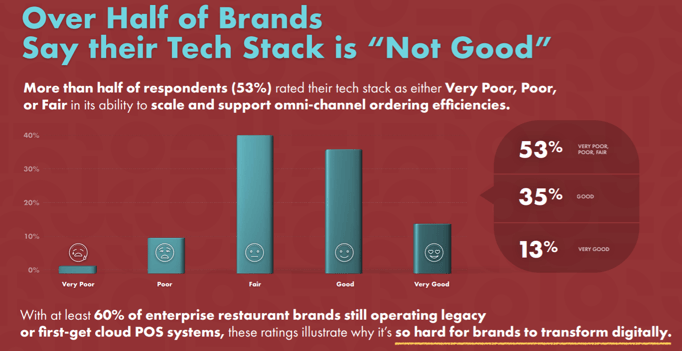 Source: 2021 State of Digital for Restaurants

An API-forward approach can truly act as an accelerator for restaurants, and a real advantage for enterprise brands -- and not just from a technical perspective. While reduction in development and integration may result in tangible cost and time savings, the benefits realized from implementing a modern API approach go far beyond that:

It’s obvious that APIs form an integral part of a robust, modern technology stack - but simply being able to handle the needs of today’s restaurants just won’t cut it anymore. With new technologies constantly under development, brands need to be able to quickly integrate new functionality, drive efficient data flow through their systems, and ensure a top-notch guest experience.

Invest in Your Future with APIs

When it comes to what’s next, APIs can help brands keep an eye firmly fixed on the future. Other than accelerating the shift to digital, the pandemic has made it starkly clear that the ability to react quickly to change isn’t just a differentiator, but necessary for restaurants to succeed.

Shifting to a digital-first mindset is just one benefit that a flexible, nimble technology stack can provide. For established brands, an API-first model can also help restaurants:

It should be clear by now that APIs play a pivotal role within an industry whose success is truly governed by the effective adoption and rapid deployment of technology, much of which is enabled by  Application Program Interfaces.

Qu recognized the importance of an API-led architecture and has since developed a truly unique, differentiated restaurant technology platform that extends tangible benefits across the entirety of a brand’s operations, from the preparation and delivery of food to the overall management of an enterprise technology stack at the executive level. This approach allows restaurants to succeed in an industry that is increasingly reliant on the connections that APIs facilitate, no matter what function they support.